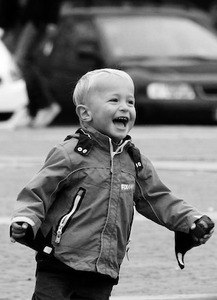 Why do toddlers happily fail to walk, and when they fall over, simply get up and have another go?

Exactly when do adults start believing that it’s not OK to fail or not be very good at something and therefore don’t even try?

What do you know about Thomas Edison?

He’s that chap credited with inventing the electric light bulb, although most historians agree that while many different people had already been making earlier versions, in fact for decades, he was the first person to make a reliable one that people would actually buy and that he could mass-produce.

Some of us like to think that his 30 assistants may have had something to do with it, but hey! You have to hand it to him…

He kept at it, testing different metals to make the glowing filaments, until he finally had a breakthrough, and the rest is history.

But it is said that he had already tested 1000 different ways of making that lightbulb, failing each time. He didn’t know he would eventually succeed, did he? I’m sure he hoped he would. And of course, he wouldn’t have had a chance if he hadn’t kept at it.

Maybe we get a glimpse of his positive mental attitude (or sheer b. mindedness!) when a reporter asked him,  “How did it feel to fail 1000 times?” Because he replied, “I didn’t fail 1000 times. The lightbulb was an invention with 1000 steps!”

Easy to look at it like that after the event!! But he must have had something powerful keeping him going, in the face of multiple failures.

I mean, it’s not like there was any evidence that he would succeed. There had been plenty of other people over the decades, attempting to create a commercially viable light bulb.. But he was the one to succeed. 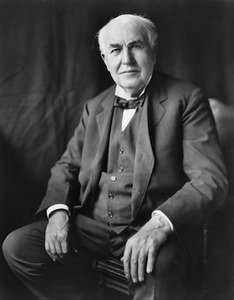 Why was that, do you think? And what was it that had him not give up, like the others had?

Contrast that with a couple in a local ballroom dancing class.

We’ll call them Jack and Laura to protect their identities. Both in their 40s, they had decided to learn to ballroom dance. Having gone every week for a year, they had made great progress, and enjoyed it immensely. But sometimes it was all that Laura could do to keep Jack engaged in the learning process. Because Jack simply hated not being the best in the class. And every time they learned a new step – a step that he couldn’t yet do – he felt silly. He was afraid that the others would see him struggling and would think him as a failure. He certainly felt a failure.

That feeling was so painful for him that he would rather give up, than keep trying, until he eventually got the hang of it.

Every week would bring that moment where he felt so miserable that he would threaten to go home, right there and then, mid-lesson.

That was frustrating and annoying for Laura, who was enjoying their time together, and the process of learning itself. She didn’t mind that each week they’d forgotten some of what they’d already learned, and would have to spend time having to go back over what they’d done the previous week. She knew that in an ideal world they would have practised the steps at home, to keep them fresh in their minds. But they were so busy during the week that it never happened, and in any case, it really didn’t matter. They were doing this for fun, and who cares if every week in the dancing lesson, they had to spend a bit of time refreshing their memories?

Meanwhile, it seemed to Jack, that some weeks, Laura was a complete numpty, and had forgotten everything, and was continually astonished when she would fall about laughing at her own incompetence. She didn’t seem the least bit bothered what the others thought.

Between you and me, the others in the class had plenty to think about themselves, to notice how Jack and Laura were getting on. 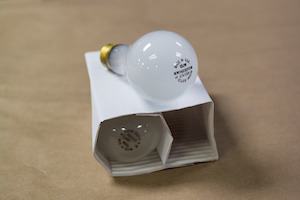 So what is it that has someone like Thomas Edison keep failing, long enough to have his successful breakthrough? What is it that has Laura not care whether she learns a new dance step first time, second time, or 56th time?

And why is it that someone like Jack cannot bear not to be successful first time, and will give up rather than fail?

Well, it seems, in every case, the answer is to do with whether they have a fixed mindset or a growth mindset.

Where does the mindset come from? And how have parents inadvertently done their children a disservice? 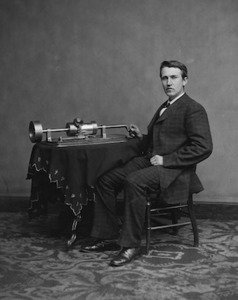 People with a fixed mindset believe that basic abilities such as intelligence and talent are fixed characteristics, that can’t be changed. They also believe that they ought to be good at things, without particularly having to work at them.

They also happen to be wrong!

People with a growth mindset believe that basic abilities such as intelligence and talent can be developed through hard work and determination; that the brains and bodies they were born with are just a starting point. They are willing to fail and fail as long as it takes to eventually get the hang of what they are trying to do.

Who do you suppose make better progress in life?

Which of the two types enjoy their lives more?

Which one would you rather be?

The Power of “Yet” with Dr Carol Dweck 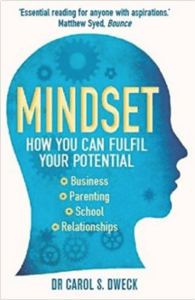 How to develop a
Growth Mindset
by Dr Carol Dweck

If you want to develop a mindset that predisposes you to success, contact me and see how I can help.

And do leave me a comment and tell me what you think.

1,000 steps to success – what a positive thought to start a Friday, and encouragement as I learn the piano!! Thank you

Anyone who thinks that they have to be naturally brilliant without a bit of effort and a bit of getting it wrong would not stay in my classes for long – Jack, you’re out! Laura, on the other hand – You are welcome any time!
In my experience, however, there are just as many females like Jack as there are males like Laura – it’s not gender specific, so Jack, if you would just lighten up a bit , we would all have more fun and you might just do a little better. The difficult ones are the ones that fool about pretending , while underneath they care deeply how good or bad they are….

Keep up the stimulating newsletters/blogs – well worth diverting myself from what I intended to do!! Thank you

Ha ha! You’re always going to have more fun with Laura, Mike. Maybe it’s about not taking oneself too seriously. Something I’ve never been accused of!!! 🙂

Hi Louise. A lot of us believe we’d have to had started learning a new skill while we were still children, and as a consequence, don’t even try as adults. One of the things I’m most grateful for is the piano lessons I began as a child. It led to a career in teaching (music) and composing, not to mention playing piano, and other instruments. Music is part of who I am. But interestingly, I know several people who took up their instrument late in life, and music is part of who they are too. (One’s a talented music professional! Just goes to show, it’s never too late to learn.) With learning piano especially, science has proven that you will be developing new brain cells, and connections between them , especially between hemispheres. We’ll be seeing you on Mastermind, next!!

Life is competitive and I want to win in life as well as in a game. The most important thing we have to learn is that you cannot always win so we must learn to lose, pick yourself up and have another go. The only way is up.

Goodness, what a positive, growth mindset you have there, Denis. And what a great role-model for other people. The only way, IS up! See you there!!! 🙂

This was good, as ever – now I am just waiting for that light bulb moment!

Thank you Rosie. I hope you see the light! 🙂

By continuing to use the site, you agree to the use of cookies. more information