How bad is your memory? 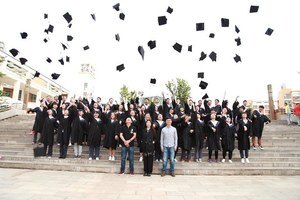 How bad is your memory exactly?

Do you need to be Brain of Britain to pass your exams?

German psychologist, Herman Ebbinghaus was the first to describe just how good at forgetting we are! Assuming that you start off knowing 95% or so of what you’ve just learned, within a day you’ll have forgotten nearly 70% of it.

In fact, within just a few minutes you’ve already begun to forget it. That surprises most people. And yet we’ve all experienced it.

Tragically, around the six-month mark, you remember so little it begs the question, was it worth putting all that time and effort into learning it in the first place?

Why are we so forgetful?

It’s how Human beings come, right out of the box! Evolution has seen to it that we have developed and kept the skill of forgetting. If that’s the case, you’d have thought there must be some evolutionary advantage to forgetting.

And indeed, there is!

The automatic, unconscious part of the brain which just (and in the background, and all the time) gets on with keeping you alive, deliberately gets rid of older information in favour of newer information.

Why? Well, the very survival of our ancestors depended on their forgetting where the herd of deer (a.k.a. lunch) was seen two or three months ago in favour of where it was seen last night, or better still, this morning.

You don’t need me to tell you, you’re better off remembering where you left your keys this morning, better yet, five minutes ago! And given that your unconscious mind is preoccupied with your survival, and doesn’t, under any circumstances, consider passing exams crucial to your living another day longer, it will let go of what you’ve learnt as fast as you learn it!

But you know that already, don’t you?

Look, it’s not your fault, but the chances are, when it comes to revising, you’ve been doing all the wrong things, over and over again. Most people become experts at doing what doesn’t work!

Because, the truth is, the way most people attempt to revise actually fights with the way your brain works.

Guess who loses that fight!!

Far smarter is to work with it.

And that means stopping doing the same old thing over and over again when it doesn’t work, but instead develop a robust revision strategy that speeds everything up and gives you the success you deserve.

Anything can be learned with the Three Keys to Learning

Design your revision around the Three Keys to Learning and you’ll be laughing!

By continuing to use the site, you agree to the use of cookies. more information